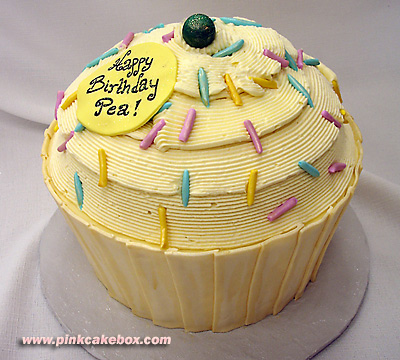 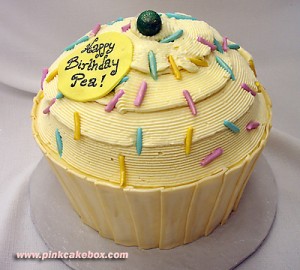 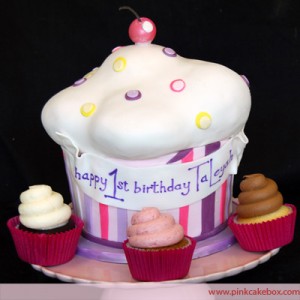 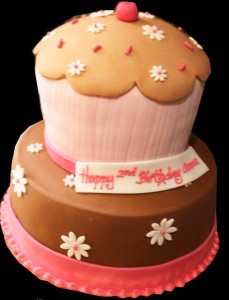 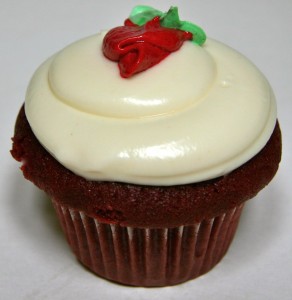 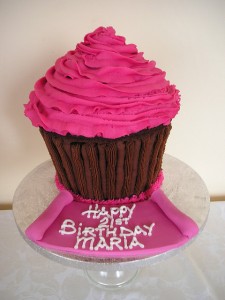 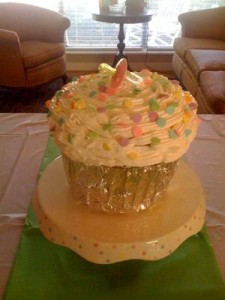 Everybody loves cakes especially kids. Another fun favorite of theirs is cupcakes. If your child is a cupcake fan, or if you just feel like stepping out of the ordinary and into the extraordinary then you might want to consider making a supersized one for the next birthday celebration using a Wilton Giant Cupcake Pan.

We all know that a party isn’t a party unless a cake is there. Instead of merely pleasing your guests with a regular cake, imagine greeting them with a giant cupcake made with this unique Wilton pan. You would be the talk of the town.

This cupcake pan is manufactured by using high quality aluminum. Its measurement is about 7.25 inches by 7.5 inches. This makes it an amazing three dimensional tasty treat.

Your kid’s friends will be amazed, and their mouths will water as this incredible delight is unveiled. Who doesn’t love a good cupcake let alone a giant one?

Another great aspect of the Wilton pan is that it is nicely shaped in the form of a cupcake to give it that realistic look. Decoration is made simple and enjoyable due to its swirly top and ridged bottom.

With this elaborate design you would think that its assembly would be difficult. Well it’s quite the opposite. All one has to do is take out the cakes from the pan and hold it in place with icing.

Here is a fun fact about the cupcake pan: this pan is able to hold an amazing 10 cups of mixture. Now with that amount of mixture it should not be a problem feeding all those party guests.

Try something different next birthday bash; instead of going with the plain old done to death birthday cake, use a Wilton giant cupcake pan. Your guests and birthday child will be glad for the change.

Here is the deal: We are all bored with traditional, run of the mill birthday cakes. They have been done since the dawn of time, it seems! Try using the Wilton Giant Cupcake Pan to jazz up your next birthday party. Even cooler is that Wilton makes all kinds of interesting cake pans. Want to see some examples? Take a look here: Wilton Giant Cupcake.

Deprecated: Directive 'allow_url_include' is deprecated in Unknown on line 0